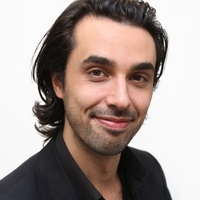 James Laurence is an ESRC Future Research Leaders Fellow at the Cathie Marsh Institute for Social Research and the Department of Sociology. James joined the Institute for Social Change at Manchester in 2012 as a postdoctoral research associate on the 'Social Change: A Harvard-Manchester Initiative' (SCHMi) project. Before joining the school he was awarded an ESRC Postdoctoral Fellowship, and worked as a research fellow at the John F. Kennedy School of Government at Harvard University and as a visiting fellow in the Department of Sociology, at Stockholm University. He completed his PhD at the University of Oxford in 2011.

His current project, the 'Spatial and Temporal Dynamics of Ethnic Diversity, Socio-Economic Inequality and Social Cohesion', explores the role of ethnic diversity, immigration and inequality in the creation and dissolution of social capital, cohesion and inter-group relations. His other research interests include the impact of micro- and macro-scale economic hardships for social, civic and political attitudes and behaviours, and ethnic-inequalities in violent crime.

Immigration, diversity and trust: the competing and intersecting role of English language ability in the community

Individual and community social capital, mobility restrictions, and psychological distress during the COVID-19 pandemic: a multilevel analysis of a representative US survey

Together and Apart: the Dynamics of Ethnic Diversity, Segregation and Social Cohesion among Young People and Adults

THE TELEGRAPH: How to deal with redundancy